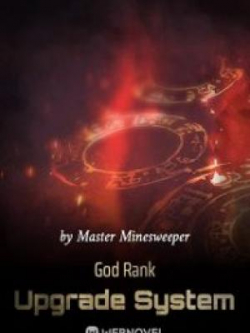 “It turns out that there is another s.p.a.ce below…”

When Elder Gong saw this scene at this time, the expression in his eyes changed slightly.

At this moment, they were all suspended in the air, looking at the scene below.

Those ice crystal snakes were surging like a tide, and some leaped into the air.

They seemed to want to bite into the bodies of those Sage warriors in the air.

When some Sage warriors saw this scene, the expressions in their eyes changed greatly.

They quickly move to the top, preventing those ice crystal snakes from hitting their bodies.

Lin Xiu looked at the scene below, and suddenly snorted coldly. At this moment, the Dark Edge spear he held in his hand waved wildly.

With a loud noise, in the next moment, a large number of dark blue flames burst out from the Dark Edge spear.

The dark blue flames formed streaks of flaming birds, charging towards the ice crystal snakes below.

At this moment, the whole place below was filled with flaming birds.

When the surrounding warriors saw this scene, the expressions in their eyes could not help but change slightly.

What a terrifying flame!

The flames released by Lin Xiu made them feel an obvious burning sensation.

Even the warriors who also practiced these fire-attribute source marks were surprised at this time.

From the beginning until now, Lin Xiu’s performance has been really eye-catching.

In Lin Xiu’s mind, there was also system prompts that he had gained experience.

The number of these ice crystal snakes was too large, and Lin Xiu has gained a lot of experience.

Taking a closer look at this time, the total experience bar has risen to 29%!

He frantically waved the Dark Edge spear and released those flaming birds to charge down.

At this moment, there was a loud noise from all over the ground.

The ice crystal snakes surging like a tide below were all killed by Lin Xiu.

And at this moment, the entire s.p.a.ce seemed to start to vibrate.

Some Sage warriors felt the vibration, and their eyes were full of surprise.

This vibration was different from the one just now, it was more intense.

With a sound, a sage warrior seemed to see something, and suddenly exclaimed.

Lin Xiu also looked down at this time.

Taking a closer look, you can clearly see a huge head breaking out of the ice and snow below.

This head has very short horns, and it looks a bit similar to the dragon in Chinese legend.

But its body has no scales.

Its purple eyes, which were dull at the beginning, turned into a purple light and flickered.

It seems that it has been sleeping all the time, and now it seems to be waking up.

No one would have imagined that this Frost Dragon would be hidden in the bottommost ice.

It seems to have merged with the ice, and has been in a deep sleep.

Because Lin Xiu’s attack killed all the little ice crystal snakes, the Frost Dragon woke up.

At this time, the Frost Dragon, who had just exposed his head, seemed to be furious, and let out a huge roar.

As the roar rang out, in the next moment, the entire s.p.a.ce shook violently.

At this time, the surrounding Sage warriors felt an extremely strong impact.

It seems that his eardrums are about to be shattered by this terrifying roar!

And at this time, the ice cave began to collapse!

Lin Xiu felt this situation, and at this moment, he rushed out from above!

Not only Lin Xiu, but also the other Sage warriors went out at this time.

As everyone broke through the ice and rushed out, this ice peak had completely collapsed at this time.

The bodies of those Sage warriors were suspended in the air, looking at the gradually collapsing ice peak, their eyes were full of surprise.

They didn’t expect that this Frost Dragon would be hidden here.

And as the icy peak collapsed, the Frost Dragon rushed out!

Lin Xiu watched this scene, and the pupils in his eyes shrank slightly.

The body of this Frost Dragon was really huge, the whole body was like white ice and snow.

Its body was flying wildly in the air, and it made a huge roar from time to time,

It seemed that it was agitated because someone woke it up.

Elder Gong looked at the appearance of the Frost Dragon, clenched the long sword in his right hand, and then roared angrily.

As soon as he finished speaking, the rest of the Sage warriors also directly used various skills to charge towards the Frost Dragon!

With the release of various skills, many loud explosions resounded.

But the body strength of this Frost Dragon seems to be extremely terrifying. Although the skills released by the Sage warriors. .h.i.t its body, they did not cause any damage to it.

Moreover, the attacks of these Sage warriors seemed to make the Frost Dragon furious.

Its mouth opened wide, and a large amount of frost energy gathered towards its mouth.

At the next moment, as it burst out, those terrifying white energy bodies charged towards numerous Sage warriors!

When these Sage warriors saw this scene, the pupils in their eyes shrank slightly.

At this time, the ‘Sphere’ unfolded at the same time.

One of the Sage warriors directly shot away the white energy.

Although he unfolded the ‘Sphere’, at this moment, his ‘Sphere’ directly solidified into frost because of the white energy.

In the next moment, it will explode directly!

When Lin Xiu saw this scene, the expression in his eyes changed slightly.

Not even the ‘Sphere’ can resist!?

You must know that the ‘Sphere’ is the most powerful means of defense for a warrior.

If even ‘Sphere’ can’t resist, then this power is too terrifying!

At this moment, the Sage warrior, whose ‘Sphere’ was frozen into ice, had no time to react, and the claws of the charging Frost Dragon grabbed his body directly.

An ear-piercing scream was also heard at this time.

This Sage warrior’s body was actually caught and exploded by this Frost Dragon!

A large amount of blood sputtered out at this time.

Seeing this scene, the expressions in the eyes of the people who were flying around in the air changed greatly.

They had no idea that this Frost Dragon was so terrifying!