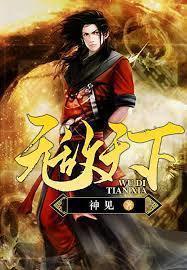 These people were outraged when they heard Huang Xiaolong say that he would allow them to leave if they took one blow from him. But now, it was apprehensive silence. No one dared to utter a word.

No one could take that kind of hit from Huang Xiaolong and come unscathed at the other end.

And everyone discovered that Huang Xiaolong had entered the Sixth Esteem Dao Venerable Realm!

Are these the benefits of the Tree of Beginning and Fruit of Beginning?! If it’s real, then this is too mind-blowingly heaven-defying. Ming Fu was severely tempted as he thought about this.

“Huang Xiaolong, did you say that anyone who takes one hit from you can leave?” Ming Fu asked in all seriousness.

Huang Xiaolong sneered, “Did I hear right? After taking one move from me, not only do I have to let you go, but also give you ten Fruits of Beginning?”

Even Ming Fu couldn’t help blus.h.i.+ng when Huang Xiaolong put it like that.

Somewhere in the Blue Lotus Pond, Poison Bodach, Sword Venerable, the Nine-headed Tree Demon suddenly stopped moving, and looked in one direction with astonishment. When Huang Xiaolong sent the peak mid-Ninth Esteem Dao Venerable expert flying with one punch, despite his excellent control, it was enough for Poison Bodach, Sword Venerable, and the Nine-headed Tree Demon were top experts to capture the energy fluctuations no matter how negligible they were.

“This person’s strength might very well be above us!” Sword Venerable pointed out with a solemn expression.

“What? Peak major completion of absolute poison power?” Others were shocked when they heard Poison Bodach’s words.

The toad he mentioned was the ancestor of poisons, a genesis era existence like them.

In truth, Poison Bodach himself was surprised as he too couldn’t think of anyone else in the Divine Tuo Holy World who could wield the power of absolute poison.

Right at this time, luminance Buddhist energy soared up, and then an icy blue light lit up the sky, followed by a resounding explosion in the next second.

“What a powerful luminance Buddhist energy!”

“It’s Ming Fu!” someone blurted out.

As far as they knew, only the King of All-Buddhas, the Ancestors of Buddhas, the highest Buddha Ming Fu possessed this degree of luminance Buddhist energy in the world, and despite the overlapping s.p.a.ces and distance between them, they strangely felt a cleansing power over them.

“Who’s fighting with Ming Fu? The Ice G.o.ddess?” some experts made a guess.

The Ice G.o.ddess had also comprehended the power of absolute frost and had long reached perfection.

Poison Bodach shook his head, “It’s not the Ice G.o.ddess. Although the Ice G.o.ddess’ absolute frost power has reached perfection, her cultivation realm is still at late-Ninth Esteem Dao Venerable Realm. Therefore, she could fight Ming Fu to a draw at most with her current strength, but that perfection absolute frost power just now clearly overpowered Ming Fu. That person is stronger than Ming Fu!”

Others might not see that Ming Fu’s luminance Buddhist energy was suppressed by the other person completely, but Poison Bodach could clearly see it.

“Let’s go over and take a look!” Sword Venerable turned into a streak of sword light and disappeared.

While they flew towards where Ming Fu was, Old Monster Flame, Black Shadow Devil, and other peak late-Ninth Esteem Dao Venerables were also headed towards the same destination.

When Poison Bodach and the others arrived, the experts who were in the same group with Ming Fu were astounded by what they had witnessed. Ming Fu had shot out like a meteor after one punch from Huang Xiaolong, and by the time Ming Fu had smashed into the waters, he had turned into a frozen ice statue. Not only that, but even the spot where Ming Fu fell into the waters was not frozen into ice.

Ming Fu was sealed and defeated!

“No, it’s perfection absolute frost power!” a late-Ninth Esteem Dao Venerable expert corrected. Within this group, other than Ming Fu, this person was the strongest, and he was also a genesis era old monster. The difference was that Ming Fu was born with an innate Luminance Buddha Physique, whereas, he was merely a sea monster-a tortoise!

He was known for his unbreakable defense, hailed as the Ancestor of Tortoises.

Hearing that, everyone sucked in a breath of cold air as they stared at Huang Xiaolong in astonishment—perfection absolute frost power!

While everyone was in shock, Huang Xiaolong disappeared from their view in a flicker.

But in the same instant, these protective boundaries were tightly enshrouded by icy blue lights one after another, and not a gap could be seen.

Huang Xiaolong looked placidly at the Tortoise Ancestor and others who had been sealed frozen. The Tortoise Ancestor was indeed strong, and if he had not mastered absolute frost power, he really couldn’t have sealed all these people. Unfortunately for these people, the power of absolute frost perfection was not something a tortoise sh.e.l.l could block!

With a wave of his hand, Huang Xiaolong sent Ming Fu, the Tortoise Ancestor, and the rest into the dragon pearl.

Huang Xiaolong had just thrown Ming Fu and the others into the dragon pearl when he heard a thunderous voice call out, and in the next second, a sharp sword light descended before him. Sword Venerable stood in front of him, followed by Poison Bodach, the Nine-headed Tree Demon, and the rest as they arrived consecutively.