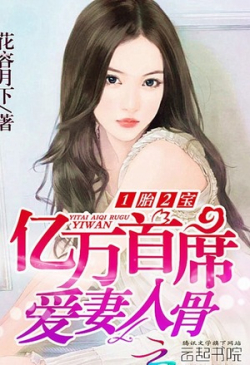 One Birth Two Treasures: The Billionaire's Sweet Love Chapter 4282 - The Other Side 251

Hua Jin instinctively replied before he could even actually react, “I don’t know…”

As soon as he said that, he himself, let alone Gong Jie, was stunned. His mind was becoming more muddled, and Gong Jie started to looking at him oddly, with a different kind of scrutiny.

After being stunned for a long time, Gong Jie suddenly broke into laughter. “Do you like men or women?” he asked, sounding exasperated. “How can you not know yourself?”

The actor pursed his lips and turned his face away. He couldn’t understand what was wrong with him. The question should have been answered without a need to think, but he hesitated.

Gong Jie seemed intent on probing. He bent his head slightly and moved even closer to him. And now, their lips were barely an inch apart. Hua Jin looked up slightly and could see Gong Jie’s charming eyelashes.

They were so long and so close to his eyes that he seemed to be losing focus.

Gong Jie was especially tall and lanky, and had now cornered the actor against the wall,casting a shadow over him. The shadow seemed to pack a punch of power, crus.h.i.+ng him so that he could barely breathe.

The actor’s grip tightened around the bathrobe in his hand, his knuckles white and savage as he ravaged the neckline of the robe until it was almost twisted. Because of Gong Jie’s powerfully oppressing aura, he felt that he was running out of air!

Gong Jie turned slightly to study him, his eyes flas.h.i.+ng at the sight of the actor looking so nervous. He straightened suddenly. “Why are you so nervous?” Then, with a neutral smile, he took the bathrobe from Hua Jin’s hands, put it on, knotted it around his waist, and left the bathroom.

Behind him, Hua Jin seemed to have lost all his strength. He straightened up, barely able to stand. He held on to the wall for support as he walked out, but Gong Jie was already at the wine cabinet. He picked up a bottle of dry red wine and poured himself a gla.s.s. The actor immediately straightened his posture awkwardly, barely managing to maintain his calm. Gong Jie held the goblet and gently swirled the mellow red liquid inside before taking a sip.

He studied Hua Jin in silence, who in turn thought of him as a leopard ready to hunt. He flinched again.

Finally, he couldn’t take it anymore. Gong Jie’s gaze made his skin crawl, so he hastily said, “You… you can sleep here tonight!” With that, he turned and fled the room almost in a sorry state.

Gong Jie glared meaningfully after him as he left the room. He set down his goblet, and the coldness returned to his eyes.

In the guest room.

In a spurt of energy, Hua Jin made the bed. The nanny and servants had already gone to bed for the night, and he did not want to wake them, so he made the bed himself. It was only when he had done so and lay down that he realized the silk quilt seemed a little thin. But he did not bother to rummage through the drawers again, so he made do and curled up to stay warm.

And yet, despite the fact that he was obviously sleepy, he lay awake for some reason. He tossed and turned in bed, unable to sleep. The night became unusually difficult.

It was a difficult night for Yun s.h.i.+s.h.i.+, too. She watched over Gong Fan and waited until the drip was completely administered. Gong Fan did not wake up. She asked the doctor again and again to confirm that he was fine.