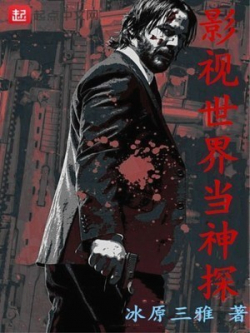 Super Detective in the Fictional World Chapter 1977 - Who Am I? I'm Deathstroke

The middle-aged man who was afraid of pain was called Ma Deqiang. The brawny man was called Yang Taiwei. Both of them were old Hong Kongers.

Ma Deqiang liked to gamble. Before he awakened, he was often beaten up by debt collectors.

Yang Taiwei had been a student at a small boxing club. He didn’t have a fixed job, and could only rely on hard labor to make money.

These two were typical civilians; awakening superpowers didn’t give them the courage to lay down their lives.

On the contrary, they had been beaten up by Big Dipper twice before, which had left a strong enough shadow on their hearts, and it was a conditioned reflex to admit defeat and run.

Even Werner couldn’t suppress this human instinct to survive. They paused and subconsciously stepped back.

Almost at the same time, Big Dipper s.h.i.+fted his guns away.

Ma Deqiang’s daughter and Yang Taiwei’s wife had a good impression of Big Dipper, so they naturally became his ‘secret sentries’ in Afterlife.

Since he was using them as tools, he naturally couldn’t turn around and kill their family members.

Otherwise, it would be very awkward after the two women came out of s.p.a.ce 2 and asked about their father or husband.

Besides, when Big Dipper had come to Afterlife and played Fight the Landlord in the beginning, Ma Deqiang had been the first to come out and support him, and he had even pulled in Yang Taiwei to make up the numbers.

When it came to helping him obtain abilities, these two had worked hard even if they didn’t get any credit for it. He really couldn’t casually kill them off.

It was fine for Yang Taiwei, who was just pinning Big Dipper down from the side, but it was really scary for Ma Deqiang as the main force.

With a thought from Werner, the third guard next to him quietly attacked.

The man’s body was tense when he activated his ability. His eyes opened wide and he clenched his fists.

However, Big Dipper didn’t stop firing. He aimed at a ‘werewolf’ duo among the six and pulled the triggers.

Gunfire rang out like a storm, and the werewolves were sent flying by the bullets.

The moment before he opened fire, the Big Dipper clone curled his pinkies, and the two longswords suddenly turned back to cut at the last two Inhumans.

The third guard activated his ability, Big Dipper opened fire, and the longswords flew back all at almost the same time.

Just as Werner and the Big Dipper clone had antic.i.p.ated, the scene changed drastically, but it was far from what they had expected.

The guns which Big Dipper was holding turned soft like dark chocolate.

The longswords that were flying back suddenly turned soft and limp like noodles in the air, and naturally missed their targets.

Worst of all, the Big Dipper Armor suddenly crashed and there was no sound from Polaris at all.

The clone’s Sharp Nose picked up the strange smell of burning inside the armor, and the feedback from Vibration showed that the metal of a large number of electronic parts had melted. Even the metal of the entire armor was rapidly heating up.

With a series of bangs, the external armor was sent flying in all directions and instantly disintegrated.

The vanguard seemed to have expected something to happen to the armor, and they attacked from both sides.

One man had claws that were more than ten centimeters long, and they turned crystal hard.

The dark red hair on another woman’s head shot out like a rain of arrows.

The two men who had just been scared off were once again controlled by Werner.

It wasn’t that they were ungrateful – the Inhumans couldn’t resist Werner’s control at all.

In the blink of an eye, the Big Dipper clone seemed to have fallen into a desperate situation.

Werner, who had been standing with his hands behind his back, finally smiled coldly. They had him! His subordinates were indeed very effective.

The Inhumans under his command were tools which he used to restrain Big Dipper from going on a killing spree.

His real trump card was the third Inhuman next to him. He could instantly melt the metal around him.

Normal metal wouldn’t last more than half a second before it turned into a pool of metal liquid. It was just slower and more strenuous to deal with certain special metals.

For example, most parts of the Big Dipper Armor only turned hot and soft. The two ‘hand-me-down’ longswords were a lot more inferior, so they turned soft in the air and became harmless.

However, most of the electronic components in the armor instantly melted, which completely paralyzed Big Dipper, as Werner had antic.i.p.ated.

At that moment, the hard crystal claws and red hair followed closely behind.

In the face of his four attackers, Big Dipper suddenly chuckled.

Ma Deqiang and Yang Taiwei were creeped out and subconsciously withdrew their attacks.

Whenever Big Dipper smiled like that when they played Fight the Landlord, the two of them would lose spectacularly.

Sure enough, when the two men retreated, Big Dipper stretched out both hands. He grabbed one of the crystal man’s wrists with his left hand, and wound the red-haired woman’s hair around his right hand.

He slowly raised his head, and his eyes turned completely yellow. “Who… am I?”

A yellowish-orange liquid surged out from his back and quickly covered his entire body.

A yellow figure almost 2.5 meters tall appeared in front of the Inhumans.

Its yellow body was covered in neat, symmetrical black and red patterns. It had a black skull-like face, pale bony triangular eyes, and fine black fangs in its mouth.

The black skull looked at the two struggling Inhumans and grinned. “I… am… Deathstroke.”

Crack! Big Dipper, who had entered the complete symbiotic form with Shriek, pierced the crystal man’s chest with his left hand.

In the symbiotic form, his left hand also turned into sharp claws that were more than 30 centimeters long.

Using invisible Annihilation energy to clear the way, he forcefully broke through the crystal man’s defense.

The yellowish-orange claws pierced the crystal man and came out of his back with a crystal heart.

The red-haired woman’s expression changed drastically, and her hair instantly turned limp as she tried to escape from Big Dipper’s right hand.

In the end, she realized that her hair was stuck like glue to the man’s claws.

That was indeed the case.

She twisted and struggled, but couldn’t escape being entangled with the liquid symbiote.

Big Dipper pulled with his right hand, and the red-haired woman involuntarily fell toward him.

Puchi! The yellow claws cut into her face like tofu and left a gaping hole.