The Marriage of an Esteemed Supreme Healer, a Noble Ruler Chapter 1245

Shang Yulin’s first reaction was to set up a barrier around him to block all the terrifying force that shot out! Even so, the lightning bolts clashed right above his head. He was extremely close to them, so he couldn’t possibly avoid all of them.

The shocking aura rushed toward him, causing his chest to turn numb.

He almost collapsed onto the ground, but he still forced himself to stand up and rapidly look up! At this moment, he saw clearly what had happened.

The lightning bolts that should’ve landed were all intercepted by a sword that came from nowhere!

An explosion could be heard.

Shang Yulin looked down. The Yuan instrument he produced with much difficulty cracked due to the great difference in temperature—which occurred due to the lightning refinement stopping.

Shang Yulin raised his brows sharply, dropped the Yuan instrument onto the floor, and couldn’t help but yell, “Who the heck did this?!”

His shout was like the thunder that reverberated throughout Million Wine Mountain.

Chu Liuyue stopped in her actions and instantly felt guilty. Originally, I planned on bringing the Chi Xiao Sword over and dipping it into the fountain when the lightning bolts gathered there. Who knew… such a thing would happen?

At this point, Shang Yulin also detected Chu Liuyue’s existence and looked over sharply! “Who?! Come out!”

As he yelled, he furiously rushed over and wanted to directly drag that person out!

Seeing that the other party had already rushed down, Chu Liuyue knew that she couldn’t avoid it and sensibly stood out. “I’m Chu Yue. Greetings, Elder!”

Shang Yulin then saw the person in front of him clearly.

The latter looked like a young man about 16 or 17 years of age. He had a slim figure and a clean appearance. His face was slightly pale, and there were bloodstains at the corner of his mouth, clearly showing that he had just experienced an ordeal.

Shang Yulin angrily shouted, “All students in the academy aren’t allowed to step into Million Wine Mountain at this time! Don’t you know?!

Chu Liuyue thought to herself, Of course, I know. It’s not the first time I’ve done such a thing.

She looked up slightly and looked past the middle-aged man’s shoulders. In mid-air, the Chi Xiao Sword kept absorbing the lightning that dropped from the sky.

There were many bolts of lightning, which showed that this person was very capable.

She felt slightly more at ease before she bent down and admitted her mistakes. “You’re right, Elder! Actually, I didn’t do it on purpose. I was just anxious, so I accidentally barged in…”

“Don’t tell me this nonsense!” Thinking of his Yuan instrument that was damaged and incomplete, his blood boiled. I have been in Ling Xiao Academy for so many years, and such an incident hasn’t happened before! A student actually barged into Million Wine Mountain suddenly and interrupted my refinement process, intercepting my lightning bolts! He has really eaten bear hearts and leopard galls!

“You’re going against the heavens! You—immediately put away your item! Then, ask your mentor to come over and personally apologize to me!”

Chu Liuyue was dazed for a moment and looked like she was in a difficult spot. The Chi Xiao Sword rushed out on its own, and it probably won’t be easy for me to take it back now. Besides, I came to Million Wine Mountain for the lightning bolts. Now that I’ve found them, how can I just leave? As for asking my mentor to come over…

She wondered what expression Elder Wan Zheng would have when he heard about this.

Chu Liuyue thought for a moment and revealed an extremely apologetic and flattering smile. “Elder, today’s incident is purely an accident! I know that I’m in the wrong and understand the severity of the consequences. No matter what, I can’t escape the punishment, but… Can I ask for you to just wait a while?”

Shang Yulin raised his brows, glared at her, and yelled, “Wait? Wait for what?!”

Chu Liuyue paused, raised her finger, and pointed above. She lowered her voice and said, “Um… Wait… for me to finish refining my Yuan instrument…”

Shang Yulin was about to laugh from being too furious. I have never seen such a student before! Forget that he has made a mistake, but he is going too far! On the brink of his own death, he actually still has the courage to raise conditions?!

“Hah!” He sized Chu Liuyue up again. “Great! You’re such a young kid, but you’re very gutsy! What kind of treasure can your Yuan instrument be to even s.n.a.t.c.h my lightning bolts! You—”

Suddenly, his voice trailed off, and the gaze he shot at Chu Liuyue changed.

Chu Liuyue felt guilty for some reason and couldn’t help but ask, “Elder, w-why are you looking at me like that?”

Shang Yulin squinted his eyes. “What did you say your name was?”

“It is you!” Shang Yulin’s lips twitched.

As he was too agitated, he didn’t hear Chu Liuyue reporting her ident.i.ty clearly. Now that he was closer to her, he found her rather familiar. Chu Yue! Isn’t it the kid I was talking to Bo Yan about in the morning!?

Chu Liuyue blinked. Basically all the elders in the academy know me, but this person seems like he is seeing me for the first time. I… also find the face rather unfamiliar as if I haven’t seen him before.

“If I haven’t recalled wrongly, you were locked up at Fengmin Mountain for barging into Million Wine Mountain, right? How long has it been, yet you’re doing it again?!” Shang Yulin was still talking when he suddenly recalled something and immediately turned around. “Wait! That thing… is the Yuan instrument you s.n.a.t.c.hed back from Ancient Feather Abyss?”

The object which Chu Yue has and is strong enough to intercept my weapon refinement seems… to be that?! 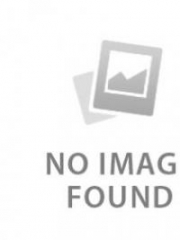 Yume No Kuni summary: I wonder if it was a dream...