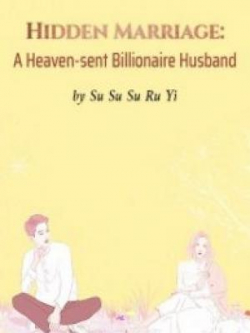 Chapter 926: The Cover-up Efforts Were Successful

Mr. Mai took a look at Su Bei and saw her charming eyes. No wonder she had attracted so many crazy fans. He said unhappily, “You’re coming back with us immediately. I told you not to stay in the entertainment industry. Great, something almost happened to you! Luckily, you’re fine tonight. Otherwise, how would your mother and I continue living?”

“What’s going on?” Mai Lele was completely out of the loop.

Yao Jing immediately tried to salvage the situation. “I saw Su Bei’s crazy fans following behind you. I just turned back for a moment and you guys disappeared. I called you but I couldn’t get through to you. That’s why I took the liberty to inform Uncle and Aunt. Lele, you scared me to death just now.”

Mr. and Mrs. Mai were very unhappy about what had happened to her previously. They even sternly warned Lele not to hang out with Yao Jing anymore.

However, her actions tonight made Mr. and Mrs. Mai feel grateful. They felt that their previous att.i.tude toward her was not appropriate.

On the other hand, Su Bei was enchanting and alluring, making Mr. and Mrs. Mai feel that the risk was too high. The fans that she attracted were too crazy, and it was likely that tonight’s incident would happen again.

“My phone…” Mai Lele took it out and took a look. “Ah, I accidentally turned on airplane mode. Sorry, Dad, Mom, Brother. I won’t do it again.”

Even now, this silly girl did not suspect that her phone was deliberately tampered with. She thought that she had accidentally pressed it.

Su Bei gently said, “Mr. and Mrs. Mai, do you think what happened tonight was really an accident?”

Yao Jing immediately said, “What else? Su Bei, could it be that just because you didn’t see anything happen to Lele, you think all is fine? Didn’t you see how crazy your fans were just now? They were holding support banners and had ferocious looks on their faces. It was as if a pack of vicious wolves had seen its prey. Think about it. Lele is also a pretty young lady. What would happen if she got into a scuffle with people like that?”

Mrs. Mai felt that Yao Jing was right. She agreed. “That’s right. Su Bei, it’s your own business if you want to be in the entertainment industry. We don’t care what kind of fans you have. But don’t drag our Lele down with you. It’s fine if our Lele doesn’t pursue this as a career!”

Mai Shanheng felt that his mother had gone overboard. He raised his voice to stop her. “Mom!”

“Did I say anything wrong? Lele is innocent. How would she be able to handle such a thing? Su Bei, you and Lele are not the same kind of people.” Mrs. Mai loved her daughter dearly and her words became harsher.

Su Bei smiled lightly and did not pay attention to her words. She said to the empty s.p.a.ce behind her, “Bring them over.”

A few bodyguards responded and threw the four men who were tightly tied up onto the floor.

Yao Jing never met the four hooligans as she had only been communicating with them over the phone. When she saw the four of them being thrown on the ground, however, she was shocked.

It was too obvious who they were!

“Yao Jing, do you know these four people? Have you seen them before?” Su Bei asked.

“Of course not! How could I have seen them before?” Yao Jing said angrily.

“Really? Didn’t you see a few crazy fans earlier? Why did you forget about them immediately after seeing them?” Su Bei asked with a smile.

Yao Jing forced herself to be reasonable and said loudly, “Su Bei, what do you mean? Did you just grab a few people and claim that they’re the fans from just now? Just what do you want to do?”